For over 65 years, the doctors at Associated Orthopedists of Detroit have provided compassionate, expert orthopedic and musculoskeletal health care to patients. Leaders in the field, and in their individual specialties, the board-certified, fellowship-trained physicians work collaboratively to provide comprehensive, personalized treatment for adults and children with general orthopedic conditions, as well as those with specialized orthopedic needs. 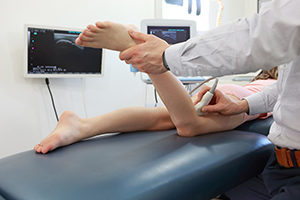 Orthopedic Services
Associated Orthopedists of Detroit is the area’s leading center for diagnosis, treatment, and rehabilitation of orthopedic injuries and conditions. The specialists work together to provide caring, efficient, innovative, and expert treatment to help patients heal and get back to living life pain-free.

The team of orthopedists, nurses, and physician assistants are highly skilled in various areas of orthopedics. Combined, they have more than 100 years of experience in the industry.

Dr. Michael Demers has been part of AOD’s elite team of physicians since 1988. He specializes in hip and knee surgery.

Dr. Demers attended the Wayne State University School of Medicine, obtaining his medical degree in 1983. He then completed a residency in Orthopedic Surgery, which included a specialty rotation at Shriner Hospital for Crippled Children in Erie, Pennsylvania.

Dr. Demers currently holds the position of Chief of Surgery at William Beaumont Hospital Grosse Pointe. He has been honored twice by his peers, being named one of the area’s top orthopedic specialists in Hour Detroit Magazine’s 2005 and 2008 “Top Docs” rankings.

Dr. Steven Cusick has been an integral part of AOD’s comprehensive approach to orthopedic and musculoskeletal health care since 1990.

Dr. Cusick obtained his medical degree from Michigan State University in 1985. He then completed residencies at McLaren General Hospital in both Internal Medicine and Orthopaedic Surgery.

The extensive experience he gained through these residencies, which included specialty rotations in Pediatrics and Hand and Spine Diseases, along with almost 30 years of practice, makes him well versed in treating a full range of orthopedic conditions.

Dr. Kenneth Cervone has been providing specialized orthopedic care to AOD’s patients for more than 10 years.

A native of St. Clair Shores, Dr. Cervone received his medical degree in 1991 from the Wayne State University School of Medicine. From 1991-96, Dr. Cervone spent time at Grace Hospital in Detroit, where he completed his internship and his residency in Orthopaedic Surgery.

Dr. Benedetto Pellerito has been providing expert care to patients since 2001.

He attended Michigan State University’s College of Human Medicine, where he was awarded election to Alpha Omega Alpha, an elite medical honor society. He graduated with his medical degree in 1993.

Dr. Pellerito continued his medical training with a surgical internship at McLaren Regional Medical Center in Flint. He completed his residency in Orthopaedic Surgery in 1998.

Dr. James Bookout has been providing skilled, compassionate care to AOD’s patients since 2002.

A native of Wisconsin, Dr. Bookout earned his medical degree in 1993 from Wayne State University. He completed a General Surgery internship at William Beaumont Hospital in Royal Oak. A residency in Orthopedic Surgery followed, which was completed in 2001. Post-residency, Dr. Bookout received specialty training in adult joint reconstruction as a fellow at Hennepin County Medical Center in Minneapolis, Minnesota.

Dr. Bookout also served as a general medical officer in the United States Navy. An avid hockey fan, he also served as a team physician for the Fort Wayne Komets, a United Hockey League team.

Dr. Bookout is board certified by the American Board of Orthopedic Surgeons.

Dr. Shariff Bishai has been a member of the AOD team since 2007. He specializes in arthroscopic surgery of the shoulder, knee, and hip as well as shoulder and knee replacements and reconstructions.

Dr. Bishai has published numerous papers in orthopaedic literature and has spoken at multiple national and international orthopaedic meetings. He also serves as an Associate Master Instructor for the Arthroscopy Association of North America, teaching other orthopaedic surgeons arthroscopic skills.

Dr. Andrew Ajiluni has been a member of AOD’s team of specialists since 2009. His special interests are less-invasive total knee and total hip arthroplasty, minimally invasive partial knee replacement, complex reconstruction, and arthroscopy.

Dr. Ajluni received his Doctor of Osteopathy at Chicago College of Osteopathic Medicine in 2003. He completed his Internship and Orthopedic Surgery Residency at McLaren Macomb Hospital followed by a fellowship in Adult Hip and Knee Reconstruction at Joint Implant Surgeons in New Albany, Ohio.

He is board certified by the American Osteopathic Board of Orthopedic Surgery.

Dr. Samer Saqqa joins the specialists of Associated Orthopedists of Detroit in providing orthopedic care to the adult and pediatric population. His special interests include the spine and orthopedic spinal surgery.

Dr. Saqqa received his Doctor of Osteopathy in 2004 from Michigan State University and completed his Internship and Residency at Genesys Regional Medical Center. He also performed a Pediatric Residency Rotation at Children’s Hospital, Louisiana State University in New Orleans, Louisiana and a Foot/Ankle Residency Rotation at Beaumont Hospital in Royal Oak, Michigan. Dr. Saqqa went on to complete a Spinal Fellowship at the Texas Back Institute in Plano, Texas.

Dr. Saqqa has also worked with the athletic population, serving as a team physician for the Flint Generals professional hockey team. He is board certified by the American Osteopathic Board of Orthopedic Surgery.

Dr. Matthew Brewster is an orthopedic surgeon with additional fellowship training in foot and ankle.

He received his medical degree from Michigan State University in 2009 and completed his orthopedic surgery residency at Genesys Regional Medical Center, where he served as chief resident. Following his residency, Dr. Brewster continued subspecialty training with his fellowship in orthopedic foot and ankle at Penn State University in Hershey, Pennsylvania.

While in residency, Dr. Brewster served as team physician for the Flint Generals professional hockey team.

Ms. Meghan Gallagher is a board-certified Family Nurse Practitioner. She has been with Associated Orthopedists of Detroit since 2017. She works closely with the AOD physicians in the office and in the operating room.

Meghan graduated with her bachelor’s degree in nursing from Michigan State University in 2013. She then went on to work as a nurse at Beaumont Hospital Royal Oak on the Neuroscience Unit for four years. She continued her studies and received her master’s degree in nursing from the Family Nurse Practitioner program at Michigan State University in 2017.

Maren graduated from Michigan State University in 2014 with a bachelor’s degree in Kinesiology with a specialization in Health Promotion.  She went on to receive her master’s degree at the University of Dayton and graduated as a Physician Assistant in 2018.

We would love to hear from you! Please fill out this form and we will get in touch with you shortly.

Keeping You Up To Date On The Latest In Health Care 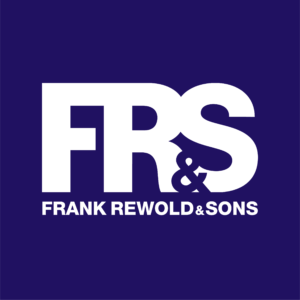